The YoWorld Map is one of the biggest key features of YoWorld and allows players to explore the virtual world comfortably. Below is an interactive version of the current YoWorld map.

You can hover over the locations to see their name. Click on the location to visit their respective page. For mobile users where the interactive map isn't working, visit this page. 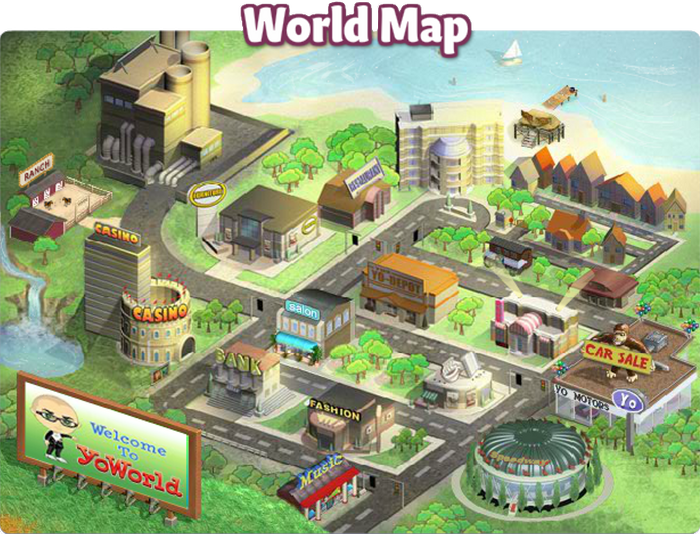 Through the years, the map has received many updates. From a simple pop-up to a more advanced map where you can select your own server and even see how many players are currently at each location. As the years went by, the map changed considerably, from new locations being added to old ones being removed.

Below is the original design of the YoWorld Map before the game was released as YoVille in 2008. Originally YoWorld was supposed to get a carnival, but the plans were scrapped. The image is courtesy of Big Viking Games and is dated January 20, 2008. 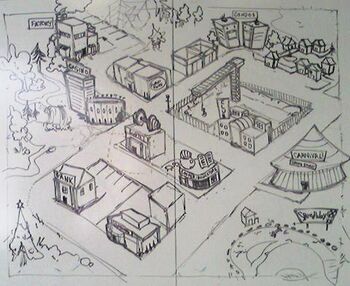 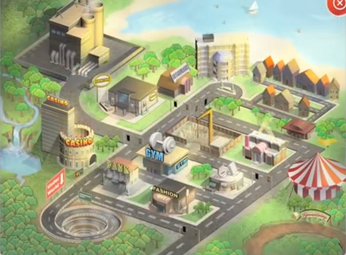