Whiteboards were introduced into the game in November 2008. They allow the player to draw or write on them. They can be bought from the Gifts & Flowers store for 3,000 YoCoins each. Whiteboards are very popular in YoWorld. Many people take up Whiteboard Art. Some very incredible pieces of artwork have come from the whiteboards.

There are 8 different colors you can draw with. You can also erase your design, which clears your drawing, so you can start over. By locking a whiteboard, it prevents anyone else from drawing on it.

Many variations of the successful Whiteboards have been released, such as carvable pumpkins and paintable easter eggs. A set of different canvases were also made, although never released. These canvases had 16 colors to draw with.

An upgraded version of whiteboards called Paintboards was released on June 30, 2015.

Third-party software has been created by players of YoWorld. The software allows for images to be automatically generated on the whiteboard and uses more colors than the standard 8 color palette. This has led to the creation of many whiteboards with images that have not been hand-drawn. Some players used to profit from this by selling the generated whiteboards to other players. Using third-party services to generate whiteboard art is technically a violation of YoWorld’s Terms of Service, however, Big Viking Games have chosen to let it slide as long as the content being added is appropriate for the game.[1] 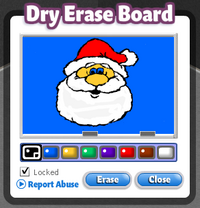 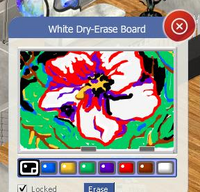 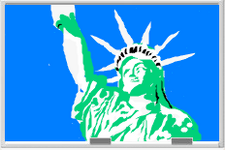 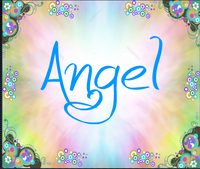 angel
Add a photo to this gallery

Retrieved from "https://yoworld.fandom.com/wiki/Whiteboards?oldid=75952"
Community content is available under CC-BY-SA unless otherwise noted.