Start a Wiki
Magic Potions was allegedly a feature that was in its very early stages of development before having it's implementation cancelled. It is believed, that the feature was supposed to make its debut sometime in 2013.

The premise of the feature was that a new shop would have been present on the YoWorld Map. from this shop, users would have been able to purchase potions with temporary affects, that like Magical Herbs, would have transformed the appearance of their avatar for some period of time.

The only actual evidence of the feature's existence, were some clothing items that were made for it, or transformations, and beta art allegedly unofficially leaked by the developers at the time. The outfits associated with this project, were code-named Hulk, Wonka, Katy, Medusa, Gorilla, and Bird. Gorilla and Bird, however, were only present in the feature's concept art, and never had actual costumes made for them.

Although not much is known about this feature, it seems like the user would have found a Magic Potions stand in a public zone. They would click on that stand and a menu of potions would appear that they can choose from. It would have cost YoCash to rent the potion costumes.

There was also an option that allowed the user to permanently purchase the costume from the potion. The price was believed to have been 15 YoCash.

On July 8, 2014, the Blue Hulk costume was officially released into the game by Big Viking Games, being sold for 15 YoCash in stores. The costume was given the name "Blue Monster Potion". Since the costume was supposed to be the effects of a new potion, instead of having it in their costumes tab, players found it in a new Magic Potions tab. 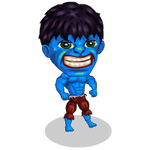 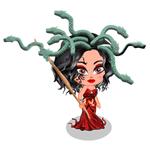 Add a photo to this gallery
Retrieved from "https://yoworld.fandom.com/wiki/Magic_Potions?oldid=75534"
Community content is available under CC-BY-SA unless otherwise noted.