The Coffee Shop is one of the meeting areas on the map for players of YoWorld. The non player character employed at this store is named Bunny.

The Coffee Shop used to be a store where players could purchase coffee for their character with YoCoins or YoCash. The bought coffee gave the character more energy which was required to perform actions. In January 2010, this feature was ended and energy is no longer required to do actions.

Below are three original artworks of the Coffee Shop, back before the game's release. The first image bears the closest resemblance to the final design. The images are courtesy of Big Viking Games and are dated January 20, 2008. 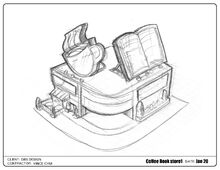 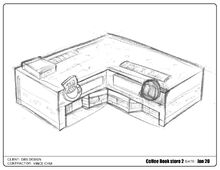 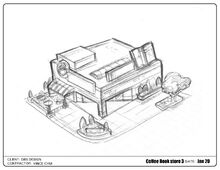 The Coffee Shop was originally going to be called "Coffee and Book Store", hinting towards a bigger focus on books, although this was dropped before the game's release and was just called "Coffee Shop". This does, however, explain the large bookcase inside, and the book symbol on the exterior. Below you can find the concept artwork of the interior. 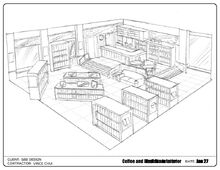 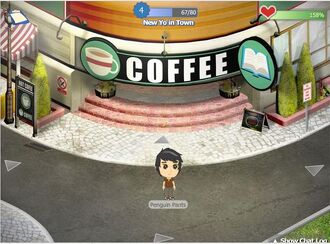 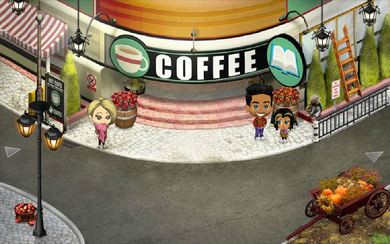 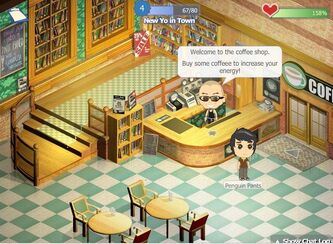 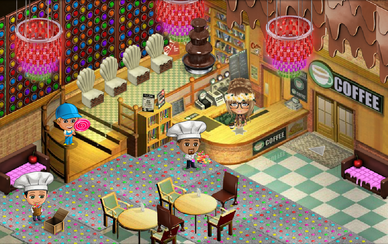 Retrieved from "https://yoworld.fandom.com/wiki/Coffee_Shop?oldid=61956"
Community content is available under CC-BY-SA unless otherwise noted.