This page is about the location. For the house, see Alton Towers AV2018.

Alton Towers is the one of the prime meeting areas for players of YoWorld and the location of every player's apartment in the game. This area is one of the most crowded areas on the map.

Leaving the apartment leads players to the Alton Towers exterior, which is a scrolling room. Along with being a meeting area, it is also the default landing area where players are sent to after being kicked out of another player's home.

The exterior was renovated and expanded on July 23, 2014. A fountain was added in the middle on front of the building. With this update came the ability to pan the camera or scroll around by using the mouse to click and drag.

On April 30, 2018, the exterior of Alton Towers received a new update where the building and fountain changed. The trees surrounding the apartment building were also removed.

The old version of Alton towers used to have an interior, which was a lobby to view your neighbors. Now the neighbors can be seen in the ladder under the game screen.

The exterior looked different as well, as it didn't have a fountain and wasn't as big as the renewed version. 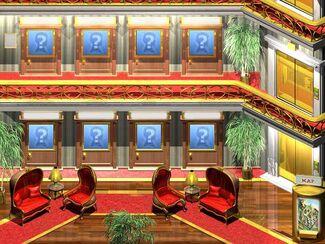 Original interior of Alton Towers before its removal. 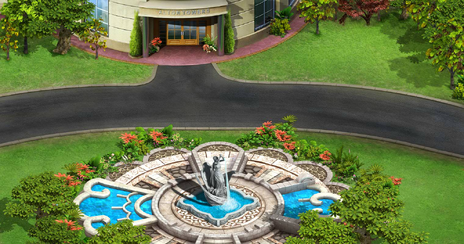 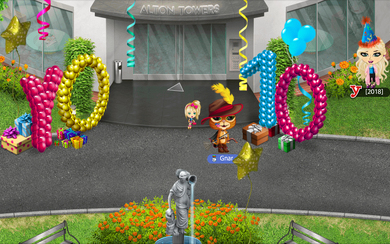